Home | About Us | Management | Ray Milchovich 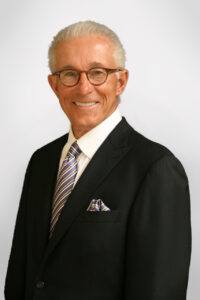 President and CEO Ray Milchovich leads NTS in its mission to Help Customers Deliver Products the World Can Trust.  Ray joined NTS in 2013 as a member of the Board of Directors and throughout his tenure has had close and continuous involvement in developing and implementing many of the company’s key growth initiatives.

Mr. Milchovich began his career in the steel industry and progressed through a series of management positions of increasing responsibility.  In 1980, he joined Kaiser Aluminum and Chemical Corporation, ultimately becoming CEO in 2000.  In 2001, Mr. Milchovich was recruited to Foster Wheeler as Chairman and CEO where he led its transition to industry leadership, posting record profits and market capitalization before his retirement in 2012.

Mr. Milchovich holds a BA from California University of Pennsylvania and has completed the Program for Management Development at Harvard Business School.