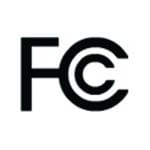 The most often asked question: Is the FCC going to delay the June 2, 2016 deadline for all devices (new and older devices still being sold) to be approved using the new rules?

Answer:  No.  Come June 2, 2016 all 5GHz unlicensed devices still shipping must be approved using the FCC rules issued in June 2014.

The MO&O issue addressed spurious emissions limits for the 5725-5850MHz band.  This was a point of contention when the rules were updated to change the rule part under which devices using the this band were approved.  There has been an ongoing discussion between manufacturers and the FCC regarding this band.  Previously, most manufacturers approved their devices that operated in this band using the limits published in FCC §15.247.  The 5 GHz rule update made the limits more restrictive, specifically at the band-edges, and greatly impacted manufactures that used higher gain antennas intended for long distance links.

Manufactures that performed permissive changes to update to the new rules usually had to reduce power for channels at the edge of the band from their original approvals.

Under the MO&O, issued last week, the FCC is updating the rules to allow two different options for showing compliance with the spurious emission requirement for UNII devices operating in the 5725-5850MHz band (UNII-3 band).  One option is a mask that is less stringent than the current requirement.  This is the long term requirement.  The second option is a temporary option that allows manufactures to revert to the 15.247 limit in the rules prior to June 2014 for spurious emissions.  How temporary depends on the gain of the antennas used.  Devices with antennas >10dBi have until March 2, 2018 to update their approval to the mask.  If their antenna gain is <10dBi, they have until March 2, 2020 to update to the mask.

For new devices seeking authorization, manufactures have a few choices at this time on how to test the UNII-3 band:

An additional note, this does not address any of the other requirements that need to be met for the new rules (UNII-1, DFS, software security) that still need to be met by June 2, 2016. These must be included in new and C2PC filings.

For more information, please contact us at (800) 270-2516 or via email to sales@nts.com. If you would like to book your testing prior to the deadlines, please use our Request a Quote form for the quickest response.