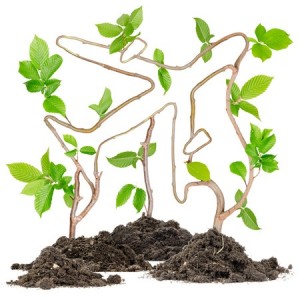 Mankind has always looked to the sky, with minds full of hopes and dreams. Up until 1903, dreams of the sky were only that: dreams. However, two dreamers made their vision of soaring into the clouds into a reality. On December 17th, 1903, Orville and Wilbur Wright, made the first powered flight in an aircraft, which they designed themselves, forever changing the world of aviation from a world of dreams to a reality.[note]Britt, Robert. “Who Was the First Person to Fly?” LiveScience. TechMedia Network, 24 Jan. 2013. <http://www.livescience.com/32436-who-was-the-first-person-to-fly.html>[/note] And since that first flight, over 100 years ago, aviation has changed dramatically, ever meeting the demands of a changing world. Now, as the world of today calls for greener technology and practices for all parts of life, aviation meets that requirement as well. Recent research shows that production of jet fuel from black fungus might be possible.

In the past decade, researchers from Washington State University (WSU), led by Birgitte Ahring, director and Battelle distinguished professor of the Bioproducts, Sciences and Engineering Laboratory at WSU Tri-cities have been using fungus for chemical production. The researchers used Aspergillus fungus for their research, a common type of fungus that can grow indoors or outdoors and often grows on dead leaves, stored grain, compost piles, or in other decaying vegetation. The group has been successful in using the standard Aspergillus fungus to produce enzymes and other useful products. These methods have already been patented and are under commercialization. The group had recently decided to look into A. carbonarius Item 5010, and its potential for biofuel production.

Aspergillus carbonarius ITEM 5010 is more commonly known as black fungus, and like the other Aspergillus fungi, it can often be found growing on decaying, leaves, soil and rotting fruit. The Ahring group has used A carbonarius to create hydrocarbons, the chief component of petroleum, similar to those found in aviation fuels. The group published their work in the April edition of Fungal Biology.<[note]Washington State University. “Researchers produce jet fuel compounds from fungus.” ScienceDaily. ScienceDaily, 5 May 2015. <www.sciencedaily.com/ releases/2015/05/150505182628.htm>.[/note]

The fungus was fed oatmeal when producing the most hydrocarbons. However, hydrocarbon production was also seen when the fungus was fed wheat straw or the non-edible leftovers from corn production. Fungus has long been of interest for biofuel production due to its ability to produce an enzyme necessary for converting biomass to sugars. A previous study also showed that fungus could produce hydrocarbons; however, that study was limited to a specific fungus found in a specific tree in rainforests. And the actual hydrocarbon concentrations produced were not reported.

Using fungus for hydrocarbon and biofuel production is better than many other methods because the fungus does the work by itself. The fungus process bypasses multiple complicated chemical processes required for biofuel production by other methods. Fungus can also create the fuel at low cost. The fuel can also be made from mostly useless corn leftover, making it extremely bio-friendly. Ahring said that she thinks “that the fungus-based fuels are something that is going to happen. It’s a tremendous opportunity” It has also been suggested that economically viable production of aviation biofuel may happen in the next five years.2

As the green revolution has changed so many areas of our lives, and made so many everyday tasks better for the world around us, now aviation may be the next area to meet all of these improvements. Biological aviation fuels produced from fungus may be the next big move away from fossil fuels, the next move towards greener skies.

If fungus produced hydrocarbon based aviation fuels become standard in the aviation industry, more will need to change than just what is pumped into the planes. There are many specifications which call out various jet fuels for testing on aviation parts where fuel could spill or splash onto the parts. If the changeover of fungus produced fuels is a large enough, there could be additional fluids testing required on all aviation parts.

NTS currently operates multiple laboratories capable of fluids and other testing to RTCA/DO-160 specifications and other military standards as well as offering custom plans. Contact us today or submit a request for quote to find out how our experts can help in qualifying your aviation products.