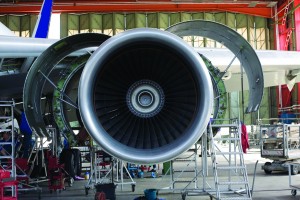 Throughout the years since the first flight in 1903, aircraft body and engine designs have changed many times over. From the Wright Flyer with an inline aeroengine to current jumbo jet with turbine jet engines, planes and their engines have been reworked countless times for better efficiency, horsepower and lift. However recent increases in airplane usage have exceeded the increase in engine output. Over the last 40 years, the average annual increase in passenger kilometers traveled by air has been 5.8%. Fuel sales have also increased 2.2% during that same period. Through innovations in fuel may allow jet fuel creation in much more sustainable ways (see “Greener Skies – Part I”), new technologies are needed to help aviation reduce its environmental impact. Recent analysis has shown that two new aircraft engine concepts could greatly reduce fuel consumption.

Linda Larsson, who recently defended her doctoral thesis at Chalmers University of Technology, has been working with two new airplane engines designs that show promise. The two engines are called “geared turbofan” and “open rotor”. As Larsson describes “The two concepts have a propulsive efficiency; in other words, the energy generated by the core engine can be efficiently converted into thrust.”[note]Chalmers University of Technology. “Aircraft Fuel Consumption Can be Reduced by 15 Per Cent.” Chalmers News. Chalmers.se, 27 May 2014. <http://www.chalmers.se/en/news/Pages/Aircraft-fuel-consumption-can-be-reduced-by-15-percent.aspx>.[/note] 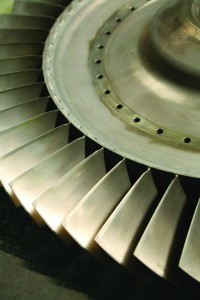 The geared turbofan is related to a regular turbofan; however, the geared turbofan has a large fan at the front of the engine that operates at a lower speed than the turbine that drives it. There is a gearbox, in between the turbine and fan, which reduces the number of revolutions, allowing a lighter turbine and higher turbine efficiency. An open rotor generates most of its thrust from two counter-rotating propellers, instead of the ducted fan used in current jet engines. This lack of an outer fan casing allows for larger engine diameters, which can generate higher thrust, with lower weight, due to the lack of large heavy casings that would be necessary with larger engine diameters in current designs.

Larsson reports that both designs demonstrate great potential in terms of reducing fuel consumption. The geared turbofan showed a potential reduction of up to 4% and the open rotor a potential reduction of up to 15%. Though the technology is in need of more development before implementation, recent increases in fuel costs have caused a surge of interest in such designs, due to the high potential economic and environmental returns. Larsson believes that the open rotor concept could be in place as early as 2030.

And before either open rotor or geared turbofans can be implemented, a lot of testing will be needed. Everything from the components to the materials in each component, before production even begins. And post production, full scale samples will need to be tested to all manner of aviation specifications including acceleration, drag, vibration, shock, fluid resistance, and many more. Additionally, all connection fixtures attaching the new engines to the planes will need to go through this same qualification. And the best place to have any of these qualifications done, or any other qualifications you might need is NTS. We operate a large national network of laboratories with a myriad of specialties. There is no environment on Earth that NTS can’t simulate, and we can simulate some off Earth as well! Contact us today or submit a request for quote to find out how our experts can help in qualifying your aviation products.