Home | How will MIL-DTL-901E affect your shock qualification?

How will MIL-DTL-901E affect your shock qualification?

For the past 30 years, MIL-S-901D has defined requirements for shock qualification of items installed on U.S. Navy Combatants. For the duration of this period, there have been rumors of a new and improved specification revision. That time has finally come.

Naval submarines and surface ships face severe shocks from weaponry, equipment and combat. Until now, testing facilities have used MIL-S-901D, a document from 1989, but the needs and technology of naval officers have evolved since then. Plus, the previous document no longer has sufficient details to ensure consistent quality throughout naval vessels. Change needed to happen, and that change created new naval testing shock standards.

MIL-DTL-901E, has been approved and released as of 20 June 2017 and revises MIL-S-901D of 1989. The new “detail specification” or DTL per DOD 4120.24M is an evolutionary document that includes changes from MIL-S-901D, Interim Change #2, the 2012 DSCR-2 initiative clarification letters and cost reduction strategies, and the Total Ownership Cost (TOC) reduction provided by the Deck Simulating Shock Machine (DSSM).

For most Navy shipboard shock practitioners, the most impactful change to the document is the Medium Weight Deck Simulating Shock Test. This test is primarily performed on Class II, deck mounted equipment and utilizes the DSSM. The DSSM is typically used in lieu of performing a heavyweight shock test series.

Additionally, MIL-DTL-901E features new requirements that clarify standards set in MIL-S-901D. It offers more detailed testing and production procedures, land testing conditions and extensive examples and diagrams. These changes are meant to make the standard easier to understand and leave less room for ambiguity. This direct format ensures shock resistance both under normal conditions and in combat or emergency situations.

The new naval shock qualifications also now involve detail specifications that account for shock grade and item type. They divide shipboard shock testing into two system types, Grade A and Grade B. Grade A items support the ship’s safety and combat capacity, while Grade B items aren’t crucial for safety or combat but become dangerous when compromised by shock. Then, it further categorizes items by unit type into Type A, B or C. Type A includes principal units. Type B covers subsidiary components, and Type C refers to sub-assemblies. 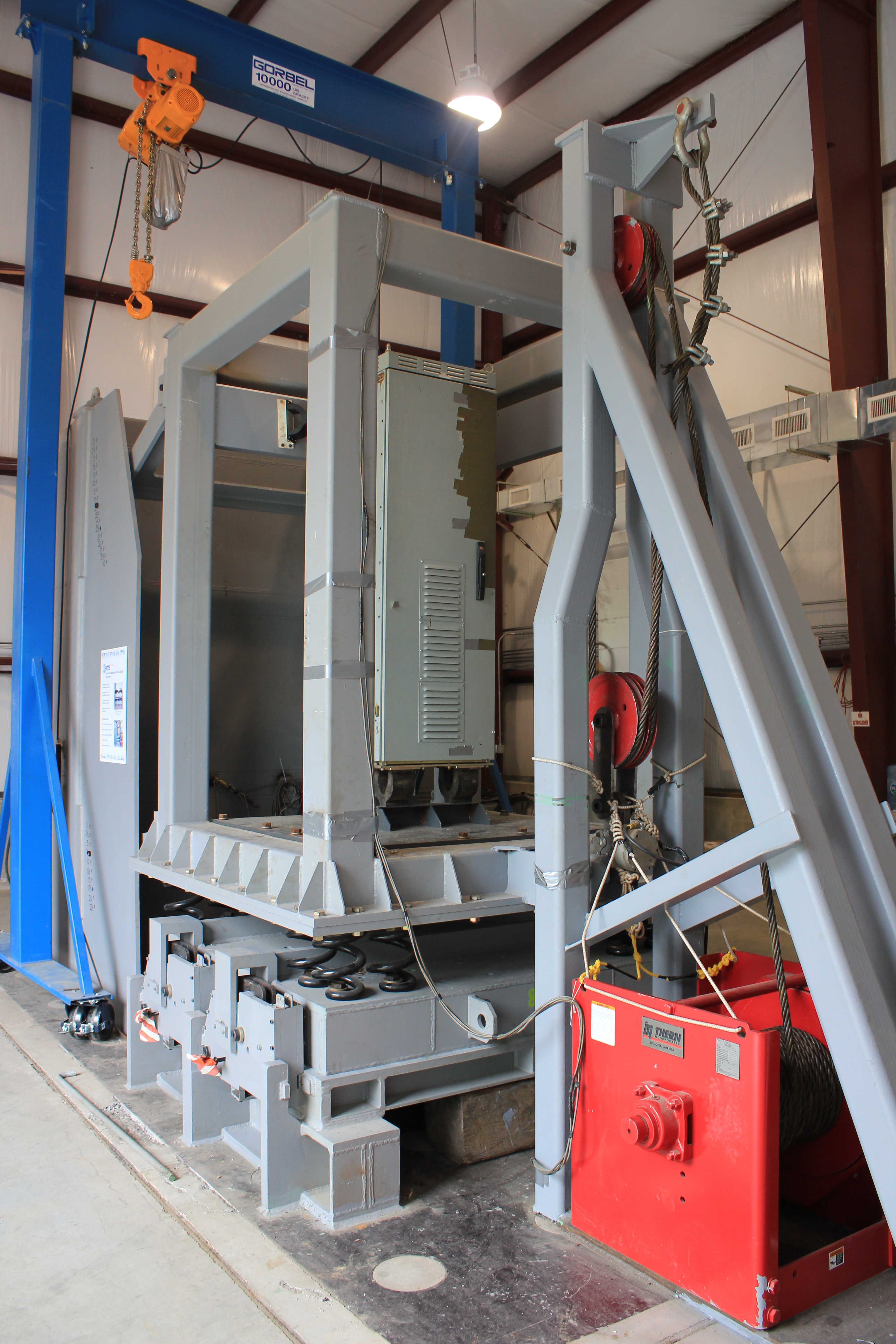 NTS and the Development of New Naval Shock Testing Standards

In the early 2000s, we recognized that the current model for shock qualification of a vast majority of the proliferating Class II, Deck Mounted, COTS equipment was not sustainable from a costs and schedule perspective.

So, in collaboration with HII-NNS partners, NTS led the pioneering development of a more cost and schedule effective land-based approach to meet this new challenge. These efforts culminated in the fabrication of the DSSM Generation I machine that has been in use at NTS Rustburg, VA since 2004.

The success of the Generation I DSSM led to the development of a scaled-up Generation II machine that is specified in the new standard. All of the certification testing that was necessary prior to inclusion in the new MIL-DTL was conducted at NTS. We have been routinely conducting shock qualification testing on the DSSM as an Alternate Shock Test Vehicle since 2015.

The DSSM development is yet another example of NTS’ focus on customer driven innovation. For over 50 years, we’ve served the world’s most performance-critical industries and revolutionized necessary items for everyday living. Contact us today with questions about the new MIL-DTL-901E detail specification and how it may impact your program or if you require medium weight deck simulating shock tests for your fleet.