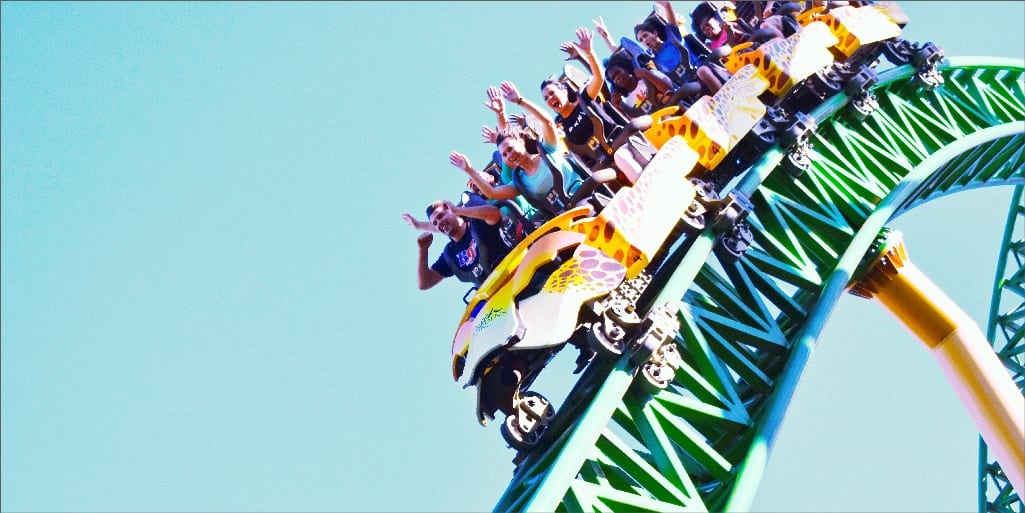 How Do Hydraulic Roller Coasters Work?

Everyone loves the thrill that we experience on a roller coaster. Our hearts leap into our throats as the car crests the top of the first hill, just before that plunge into the unknown. When it’s all over, we get back in line to do it again, hearts still pounding like we’ve fallen in love for the first time.

While you’re gasping your way through each thrilling ride, have you ever wondered how these roller coasters work? Let’s take a closer look at hydraulic roller coasters and how they provide a heart-stopping ride every single time you climb aboard.

How Do Roller Coasters Work?

Four basic components are included in each and every hydraulic roller coaster launch system:

How do hydraulics work to provide a mind-blowing experience?

Each ride starts by pumping hydraulic fluid into several different storage chambers, each of which has two compartments separated by a piston. The first compartment holds the hydraulic fluid, while the second is filled with nitrogen gas.

As the fluid compartment fills, the nitrogen is compressed. Once it reaches a high enough pressure, the pumping stops and the gas moves into a cylinder block.

Once the coaster is ready to launch, the pressurized hydraulic fluid powers between 16 and 32 motors all connected to a single ring gear. This gear transfers power from the engines to the winch via a planetary gearbox.

As the winch spins, it pulls a cable attached to the catch car down the tracks. The catch car follows beneath the passenger train, underneath the track. This provides a much smoother and faster launch than other styles of roller coaster, allowing engineers to create some of the fastest rides on the planet.

After launch, the catch car disengages from the passenger train, letting the momentum continue to carry it forward throughout the track’s course. The transition is so smooth that you won’t even be able to tell when the train stops accelerating and starts moving under its own momentum.

It’s important to ensure that the hydraulic launch power is at its peak each time the roller coaster takes off. Sensors attached to the top of the coaster monitor the pressure and relay information back down to the control booth. The system compares the last three runs to previous data, ensuring that the train will make it over the hill and throughout the track regardless of the varying weight of its passengers.

The world’s fastest hydraulic roller coaster is known as the Formula Rossa, designed to simulate the massive rush that drivers experience tearing around a Formula One racetrack at more than 200 mph. It has a top speed of 149 mph with a 169-foot drop and carries passengers around a 1.3-mile track in a blistering 92 seconds. Its hydraulic launch system was inspired by the devices that launch fighter jets off aircraft carriers.

Next time you climb on a roller coaster, whether it uses a chain, electromagnets or hydraulics to launch you toward perceived oblivion, take a moment to think about how they work and what it takes to send hundreds of pounds of train and passengers toward the sky and back again.