loading...
Home | What Happens When Lightning Strikes a Plane? 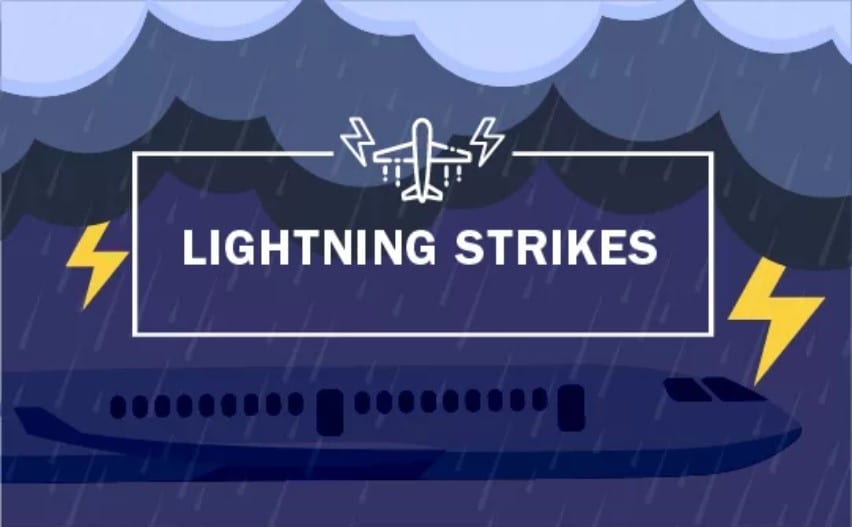 What Happens When Lightning Strikes a Plane?

Any electronic component is potentially susceptible to lightning damage. As sophisticated navigation and communication systems come to play a larger role in maintaining safe flight operations, lightning testing is an increasingly important part of quality control for both military contractors and avionics equipment manufacturers. Accurately replicating the effect a lightning strike will have on a device is the only way to measure its durability.

What Happens When Lightning Strikes a Plane?

A single bolt of lightning may send a current of 200,000 amps through the airplane’s frame.

Lightning will typically strike a sharp edge, like a wingtip or nose and exit via the tail. The body of the plane acts as a Faraday Cage, which protects passengers, crew and flight equipment.

A Faraday Cage is the name given to a container that blocks electromagnetic fields.

Are You Safer in the Sky or On the Ground?

When airborne, lightning will strike either the wing tip or nose. The outer surface of the plane is designed to discharge the energy back into the atmosphere without harming people or equipment on board. When on the ground, planes pose more risk. Refueling, loading luggage and using metal stair cases to deplane passengers are hazards during a lightning storm.