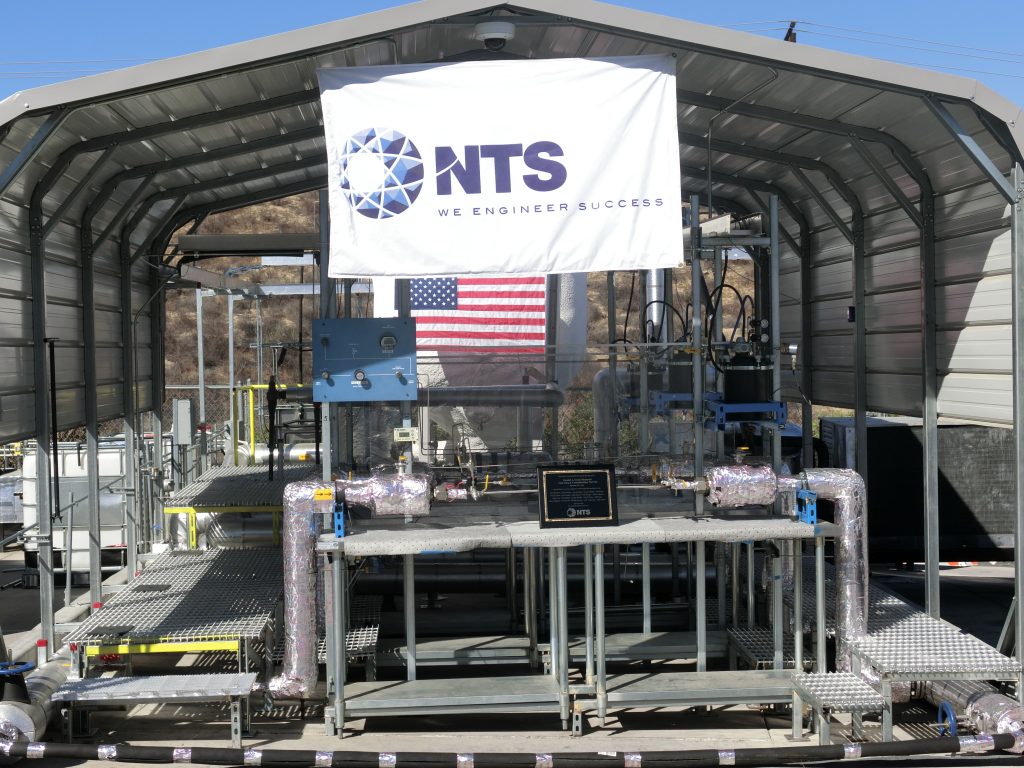 NTS Santa Clarita is proud to announce the grand opening of the Donald A. Grant Memorial Fuel Icing and Contamination Test Pad! The hard working team of NTS Santa Clarita’s Fluids Department spent months designing and building the test stand and completed their inaugural test on September 12th, 2014. To cap off the ceremony, NTS Santa Clarita appropriately served up Kona Flavored Ice to all hands.

Fuel icing has been attributed to over 200 aircraft crashes since the 1950’s* when jet engines began pushing the frontiers of aircraft speed and performance. Being able to fly at higher altitudes and across changing weather patterns created new challenges for aircraft designers, and fuel icing presents a persistent challenge to the aerospace industry as well as a danger to pilots and crews. As recently as 2008, a Boeing 777 landed short of the runway at Heathrow International after suffering engine failure due to fuel icing. 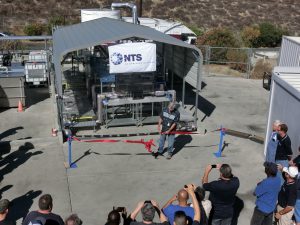 Our test pad uses Jet-A fuel and meets MIL-F-8615D/SAE-ARP 8615/SAE-ARP 1401 requirements for icing and contamination testing. Although the system was designed with aerospace components in mind, NTS Santa Clarita can also support fuel icing tests for other industries.

We recognize the challenges our customers face in designing aerospace components which can withstand extreme conditions. Our goal was to recreate and deliver those conditions to meet their needs. We are extremely proud of all the hard work put in by our engineers and technicians and cordially invite customers to come visit the laboratory and see the test stand in action!