loading...
Home | Shock or Cycling: What’s Right for You? 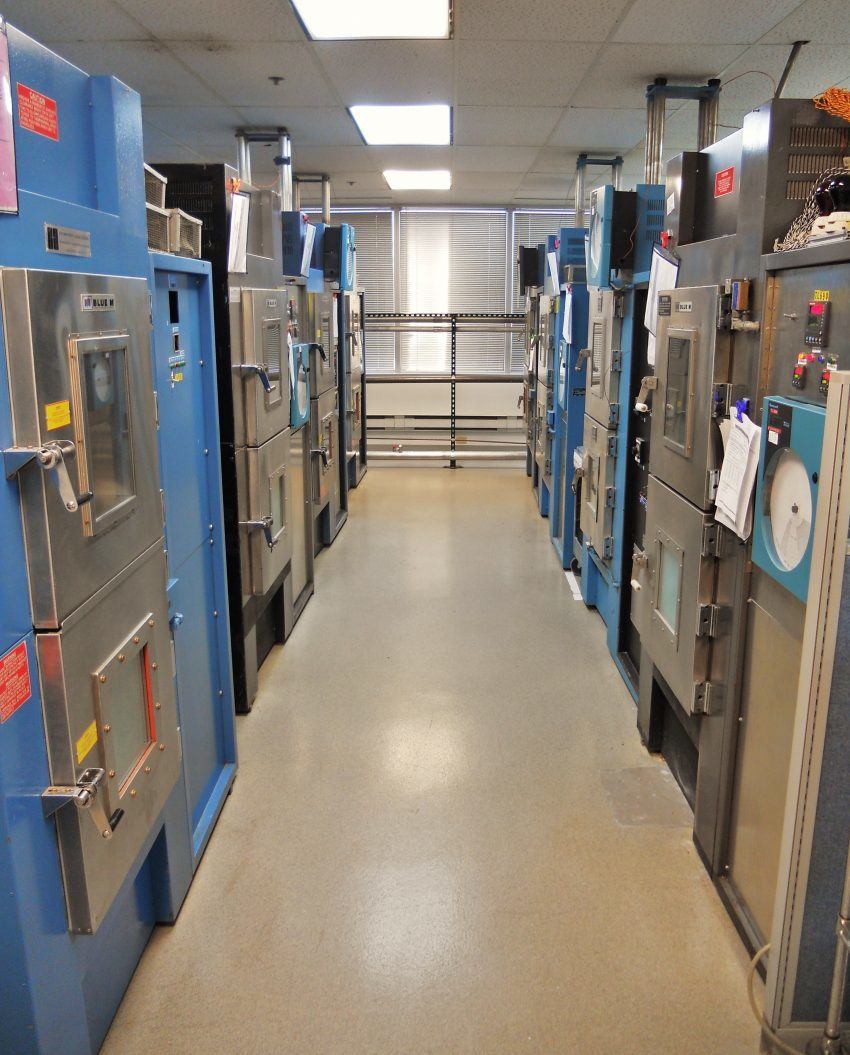 Shock or Cycling: What’s Right for You?

Bare PCB’s are tested with optimized daisy chain coupons using thermal shock, as the rate of heat change in the chamber has little to do with the failure mechanisms found in PCBs and the faster transitions significantly shorten cycle times. The extended temperatures often associated with Thermal Shock also provide an additional acceleration factor which can identify potential issues with fewer cycles. PCBs are usually tested for resistance in the chamber at the high temperature where expansion is at its peak.

Assembled PCB’s are typically tested using Thermal Cycling as the rapid transitions associated with thermal shock can cause temperature differentials between the PCB substrate and the attached chips putting strain on the interconnecting solder joints that can lead to premature joint failure that would not happen in real life. In addition, many components are not rated to perform at the high temperatures typically associated with Thermal Shock and can be damaged when exposed to temperatures beyond their rating. In many cases the assembled board is powered and tested or cycled through its operating parameters during the thermal Cycling.

Using functional test of assembled PCBs after Thermal Shock to determine failures in the PCB (cracks and IP Separation) can be problematic. Most PCB’s undergo assembly simulation prior to Thermal Shock so the effect of the process of assembling components onto the PCBA in question is consistent with what would done to a bare PCB facing Thermal Shock testing. The rapid temperature change associated with Thermal Shock can have a detrimental effect on the solder joints of the PCBA due to the fact that the component and PCB absorb or give off heat at different rates. This can result in a CTE mismatch between the component and the PCB that could cause solder joint failure. This effect is typically limited to surface mount components. It is also possible that certain components can be damaged by the temperatures associated with Thermal Shock. In some components it is possible that those temperatures would change electrical properties to a point where they would not function properly. These factors make it a imperative when using this technique to verify and track down the cause each failure seen in functional test. This verification is necessary to ascertain whether the issue is PCB, Solder Joint or Component related failure as any of these would cause a functional test failure.