Making of the Mission to Mars: Testing with Liquid Nitrogen & Oxygen

Mars is mysterious because no one has yet been there to colonize and understand the planet for what it really is. How dangerous will it be? Is it logical to aspire to live there? These are questions many might ask themselves.

According to the Space.com article “These People Want to Go to Mars (and Never Come Back)” by Tanya Lewis, there are many people willing to leave their lives on earth behind to find answers. “Applicants over the age of 18 from any country are eligible to apply, and Mars One has received more than 165,000 applications already.” 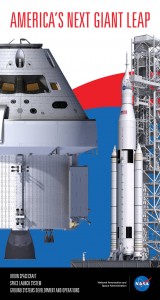 “But what sort of person would go?” says Lewis. Many people are interested in the Mars One mission but will they remain committed once the spacecraft launches into the unknown? It will be a one way trip with no return ticket.

In order to ensure a successful voyage for applicants considered and approved as transportable to Mars, NASA’s Space Launch System (SLS) is helping to create an innovative and advanced spacecraft named Orion. Rigorous testing on every component of Orion is essential. NASA.gov provides some insight into a portion of this process. “The testing will include hydrostatic proof and cryothermal testing with liquid nitrogen, which will simulate liquid oxygen conditions.”

People aspiring to go to Mars will sacrifice their lives in order to participate in this historic journey. It is important for the aircraft to be viable and safe. This depends heavily on testing performed and providing the important data to assist engineers in completing the final design and construction.

For details on all of NTS San Bernardino’s capabilities, click here.